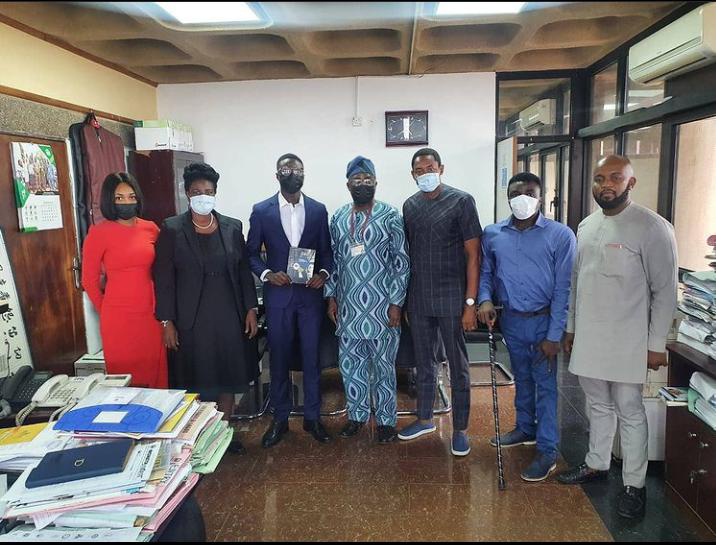 A 200 level student of Civil Engineering at the University of Lagos, Omoyemi Samson, has emerged winner of the Chevening Alumni Association of Nigeria Essay Contest.

Samson defeated 1,333 other students across various universities in Nigeria who participated in the essay competition.

Samson's essay titled "An Assessment Of Illegal Migration Amongst Young People of Nigeria",  explained some of the reasons youths engage in the act of illegal migration and proposed plausible solutions.

When asked, the 19-year-old Samson said his motivation has always been what his heart says.

"I write from my heart knowing that at least someone is gonna read it and probably understand", he said.

He further disclosed that he had no intention of winning the competition as he did not understand the gravity until after a few rounds.

"The most interesting part was that I had little motivation to compete. I had no clue it was that big, not until I advanced past the preliminaries anyway," Samson said.

Despite being an engineering major, Samson still found time to write and hone his skill during the lockdown period.

He was first shortlisted among eight others and later emerged the champion of the contest.

Describing his entry for the essay contest as "unique", Samson stated that his submission was written from the point of view of a young Nigerian actively pressured by his immediate environment.

"The essay in my opinion can be described as unique because it doesn't give an everyday textbook knowledge of the essay topic -Alternative Narratives to Illegal Migration Amongst Nigerian Youths. The views are personal - how a  Nigerian youth actively pressured by his immediate environment views the topic. It explains some of the reasons why youths engage in the act of illegal migration and proposes plausible solutions."

This feat won Samson prizes including a brand new laptop, a tablet, and a smartphone.

Omoyemi was formally announced as the winner by the Chevening Alumni Association of Nigeria led by Dr. Adetoun Mustapha during a courtesy visit to the University on Friday, September 17th.

The Vice-Chancellor of Unilag, Professor Oluwatoyin Ogundipe, congratulated Samson for the achievement and described his brilliance as "an attestation to the University's track record as a fountain of Knowledge".