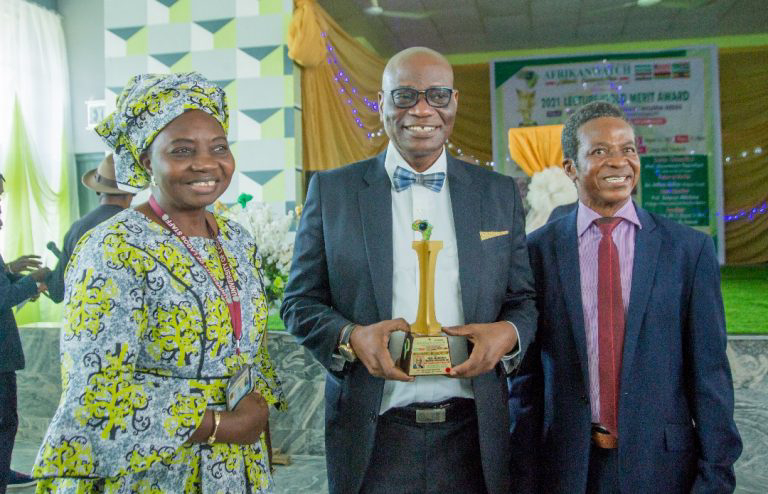 Afrikanwatch network communications has named the vice chancellor, University of Lagos, Prof Oluwatoyin Ogundipe as the Afrikanwatch Man of the year 2021.

The announcement was made at the African Gold merit awards and annual lecture organised by the investigative news outfit at the college Hall, Yaba College of Technology last week.

The lecture, which was an occasion to share ideas around ideological leadership capable of transforming the nation also served to recognise prominent Nigerians who had contributed to human capacity and nation building.

Speaking at the event, the Vice chancellor said he was honoured to be chosen for the award. “It is a good thing to be recognised and honoured.” 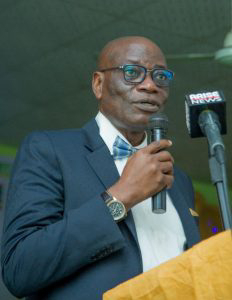 Doubling as the chairman of the day, Prof. Ogundipe was recognized for his determination to sustain the university’s pride, his promotion of research, entrepreneurship and creativity among UNILAG staff and students as well as his demonstrated determination to surpass the feats of his predecessors.

Prof. Ogundipe called for positive minded Nigerians adding that there was no utopian society without its ugly side. “However, some countries have chosen to see and celebrate the good things about them and this makes it easier for them to attract Foreign Direct Investments (FDI), compared to Nigeria that is constantly being maligned by her own citizens”. He further urged all to take active parts in processes that make for the nations’ economic and political development.

Professor Solomon Akinboye of the University’s Department of Political Science who delivered the main lecture titled, “The kind of leaders Nigeria leads” was also honored as the Afrikanwatch National Grand Mentor. 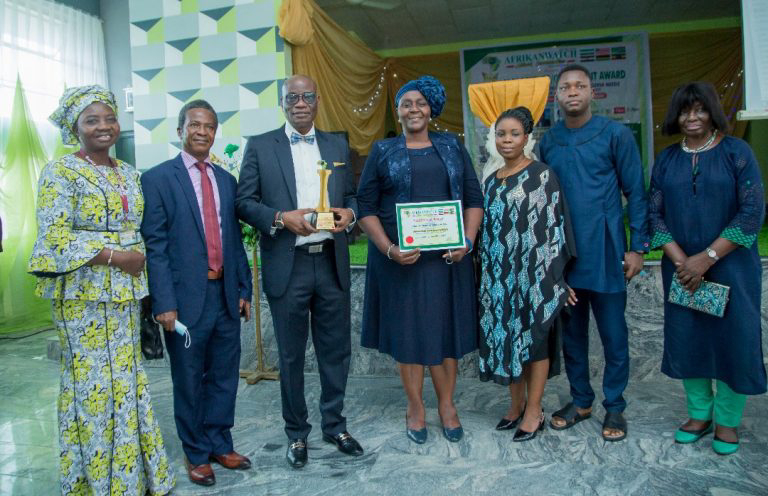 Other notable figures at the event were Deputy Senate President, Senator Ovie