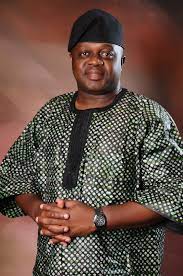 The Pro-Chancellor and Chairman of the University of Lagos Governing Council, Senator (Dr) Olanrewaju Tejuoso in this exclusive interview with the editorial crew of the UNILAG SUN led by Prof. ADEPOJU TEJUMAIYE with PAUL AGADA, OGUNLEYE ABIOLA and OLASHORE TEMITOPE discussed his appointment by the Federal Government and outlined his plans for the university community. Happy reading

How did you receive the news of your appointment as the pro-chancellor of the University of Lagos?

It’s like asking someone that was delivered as a new born baby in a teaching hospital, Idi Araba as a newborn baby and you become the Chief Medical Director of the same hospital at a later stage. So, I started my education at the Staff School of the University of Lagos and I continued also at the university to become a medical doctor. To come and round off my educational life in the same university, I believe it is only a divine gift for me to find myself in this position. It is not very common for anyone to go in that cycle. I don't think there has been any Pro-Chancellor that has been through that pathway. So, I was very thankful to God and elated. It is much more than money. To me, it is bigger than even being a minister of the Federal Republic or governor of a state.

Following your appointment, what are your immediate plans for the university?

During my time in the university both as a primary school student and also as a university student, the country at that time had a better environment for students. I want to use my time here to try my best to bring back all the glory of the past, all that I know the University of Lagos for in the past. I want to ensure that amongst universities not just in Nigeria, but in Africa, University of Lagos will be a force to reckon with in terms of achievements in education, in terms of the discipline of students, in terms of the welfare of students and the welfare of staff. Also, we are in a digital world now, I want to ensure that there are digital opportunities for students. That is peak, quality internet service for everybody and the opportunity to achieve all you can digitally. We have so many objectives, we have so many plans. Different departments, different ideas for all the students and staff. So, we will collate everything and then consider which one is a priority, which one can be a low hanging fruit, which one can be realistic when compared with the budget that we have. And then we will see how we can also attract funding where we don't have the money.

Your appointment is coming on the heels of a crisis between the university’s management and the Governing Council. How do you intend to restore a cordial relationship and forestall future recurrence?

Well, I made up my mind not to look backwards, I look forward always and that is even the meaning of my first name - Olanrewaju- so there is no need to look back. But, we learn from the mistakes of the past and build on them for progress. So, I’ll quietly study why there was a problem before and try to avoid all the reasons why those problems surfaced. The purpose of mistakes in life is for one to learn from them and not just to dwell on them. Mistakes happen and we all must move forward. We must move the university forward because, at the end of the day, the people that benefited from the mistakes of the past are insignificant compared to the many people that suffered for it. The convocation that was supposed to hold in 2019, we are now having it in 2021. That is a very weird situation. I don't want Unilag to be known for anything like that anymore. I want Unilag to be known for only things that are positive.

As an alumnus of the university, are there arrangements with the alumni body for those that will be graduating from the school?  Should we be expecting anything from your tenure as the Pro-Chancellor in this regard?

Well, the purpose of students coming to university is for them to be able to get a certificate that can take them to the next level in life. Your certificate must be of value and that certificate can be of value only if that university is rated very well in the comity of universities all over the world. I'm looking forward to a time when the University of Lagos certificate is regarded in the United States of America, United Kingdom, anywhere in the world like the Harvard University certificate. And how can we achieve that? It depends on you and me, the people administrating the university. And of course, I am very happy that you have an opportunity to acquire some entrepreneurial skills with the mandatory participation for all students in the entrepreneurial department. This is necessary because we have too many unemployed people out there. So I want you to have a mentality of how you can be an employer of labour yourself not to be an employee. And you can only do that if you are creative and you create jobs for other people and make yourself more useful in society. Not just to go and sit down nine to five for a job. Even if you are not able to get any job, you can start a SME business. You need to make sure that you don't need anybody to survive. You can use your own hands to make your life better.

How do you intend to improve the infrastructural state of the university with specific reference to library construction, hostel and classrooms?

Well, the summary of everything you have talked about is money, money, money. And the only money that we have, too many things are begging for it. So, we need to have priorities. Also, students must change their attitudes. For example, your hostels, how much are you paying? 25,000 for a whole year. Do you think that can pay for the light for two weeks? So we need to attract investors to come to the university to invest in infrastructure but any investor will want to make his money back. So we have to be realistic. We must sit down with parents and the students to say okay, maybe we can afford to pay this amount if we have this quality. We need to think out of the box on how we can make the University of Lagos, hostels for example, attractive to investors.

The recent dismissal of some lecturers on account of sexual misconduct by the university was one that met with public approval. What models would the Governing Council be putting in place to avoid and monitor a recurrence?

The Council already has demonstrated that there is zero-tolerance for such misbehaviour by going to the length of dismissing the two people that were involved as recommended by the Senate. I think that is the first and decisive measure that should send a message to every lecturer that the Council will not tolerate any report like that. It is the maximum penalty. So anything more to do now is how we embark on advocacy to educate the students not to distract lecturers by the way they dress in the classrooms because they must help their lecturers. Similarly, advocacy to educate the lecturers to always remind them of the penalty for sexual misconduct such as the recent one. We need to ensure that we keep on reminding them because human beings are forgetful. By this time next year, they would have forgotten about the two lecturers that were dismissed. That is the way human nature is, that is why we need continuous advocacy.

At the expiration of your tenure as the Pro-Chancellor, what would you like to be remembered for?

I would like to be remembered for taking the university to a level better than I met it. Also, I want to be remembered for making the university students much more digital. Making the internet availability much easier for everybody on campus. Not only the students, but also anyone that enters the University of Lagos, the internet service must be the best anywhere you are on the soil of the University of Lagos,whether you’re in front of the lagoon, anywhere  and it will be commercially friendly to all the students.