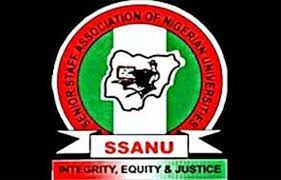 The Chairman of the Senior Staff Association of Nigerian Universities, University of Lagos (UNILAG) branch, Mr Olusola Showunmi, has dismissed as false reports alleging that the association may embark on strike over a Federal Government directive on Staff Schools.

His statement came on the heels of reports in the media that the Budget Office on Monday issued a circular directing that teachers in Staff Schools should be removed from the Consolidated Salary Scale, CONTISS, in the 2022 budget.

Mr Showunmi told UNILAG SUN in an interview that the news is still regarded as a rumour because the Federal Government has not sent a circular about the staff schools being delisted.

He said there is an agreement which states that the "staff school still remains with us, and any attempt to breach that will not be welcomed, although none has been made".

The Chairman also noted that the Federal government has a statutory obligation to fund the staff schools because they are part of the school’s administration as a demonstration school and so the government cannot exclude them from being paid.

When asked about the possibility of filing a legal suit to restrain the Federal government from taking such a decision, the Chairman said "...We don’t need to sue the federal government because the government has not said it will break the rule or the agreement".

He assured that there's no "cause for alarm", urging everyone to go about daily routine.

"Let’s just give this government a benefit of the doubt", he said.