What Did You Hear About Schizophrenia?

Most people have heard "schizophrenia" at some point but have no idea what it means. Schizophrenia is a well-known disease estimated to affect many people worldwide.

In this article,ADEBOWALE SOLIAT breaks down the meaning of schizophrenia, symptoms, and treatment options. Keep on reading!

What Exactly Is Schizophrenia?

Schizophrenia is a disorder that affects a person's ability to think, feel and behave clearly. Schizophrenia is one of the leading causes for disability and affects nearly one percent of the world’s population.

It is important to note that experiencing occasional difficulty in thinking of what to eat or wear isn't a sign of schizophrenia. Still, you should get diagnosed if such instances become frequent — especially if your family has a history of schizophrenia. 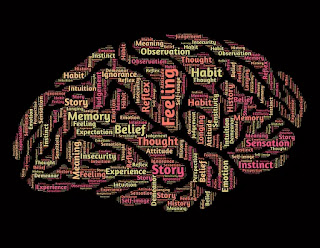 According to medical experts, common symptoms of schizophrenia in individuals include:

●       Schizophrenia is a debilitating ailment that often requires lifelong treatment, including medication and psychosocial therapy.

The costs of treating schizophrenic patients is enormous, with many families running into debts in a bid to fund treatment programmes for relatives.

Schizophrenia is not a "white man's disease"; it afflicts Nigerians like it does in other climes. According to statistics, Nigeria has over 100,000 schizophrenic patients, many of whom cannot access treatment for the condition.

The major cause of schizophrenia remains a mystery to medical researchers. However, experts suggest a combination of physical, genetic, psychological and environmental factors can predispose an individual to this condition.

Excessive emotional stress is one of those factors thought to "trigger" schizophrenia in people. For example, a stressful life event might trigger a psychotic episode and lead to individuals displaying symptoms of schizophrenia.

Knowing stress can make you prone to schizophrenia, it is advisable to make relaxation a priority. Yes, exams are near and tension is high — but your education should not supersede your health.

How Is Schizophrenia Diagnosed?

Schizophrenia is characterised by thoughts or experiences that seem out of touch with reality. Other tell-tale signs include disorganised speech or behaviour and decreased participation in daily activities.

There's no basic or objective diagnostic test for schizophrenia. Rather, diagnosis is based on observed behavior; a history that includes the person's reported experiences;  and reports of others familiar with the person. 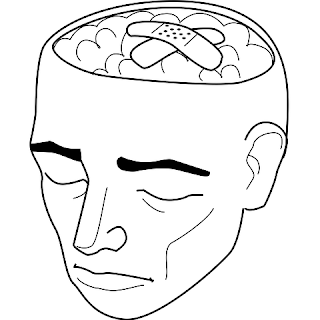 Before you can be diagnosed with schizophrenia, symptoms of cognitive and functional impairment must be present for 1-6 months. You may be suffering from schizophrenia if you display the following symptoms consistently for more than a month:

Can Schizophrenia Be Treated In Individuals?

Multiple experts have confirmed that schizophrenia can be treated in individuals.

However, the effectiveness of treatment is affected by many factors, particularly the timing of the diagnosis.

Those who get early diagnoses have better chances of achieving complete freedom from the disease. However, a late diagnosis — after the disease has wreaked havoc — will do little to improve the patient's state.

Treatment for schizophrenia is usually lifelong and involves a combination of medications, psychotherapy and coordinated speciality care services. The ability to sustain such long-term treatment depends on different factors, including personal health insurance plans.

Schizophrenia patients are known to die often die at a younger age compared to the entire population. Some reasons for this trend include:

●       Metabolic side effects of antipsychotic medication

Can Schizophrenic Patients Ever Recover?

On the other hand, the other half never experience improvement in their condition and may live with the impairment forever. Such individuals may need to be admitted to an inpatient healthcare facility to get round-the-clock care to manage the condition.

What Is the Future Outlook For the Schizophrenic Community?

Multiple indicators signal an improvement in the outlook for people with schizophrenia. While there is no cure, treatments that work well are now available.

Many people show impressive improvement and lead independent, satisfying lives. So, a schizophrenia diagnosis doesn't mean the individual will live a horrible life and die later.

It is always advisable to get diagnosed for schizophrenia if the symptoms are becoming frequent. This is important for people from families with a history or schizophrenic patients.

What did you hear about people with schizophrenia again?