The Bumpy Roads of Grassroots Football in Nigeria 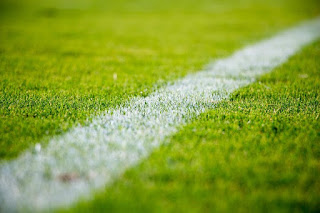 A couple of years ago, one could not so much as walk up to their parents to tell them that they would like to become a footballer in future. It almost certainly ended in scolding or even a good ol’ spanking session. At the very least, there’d be a detailed lecture on the dangers of wasting one’s life and the benefits of becoming a doctor or lawyer instead. Fast forward to the 2000s with the likes of Messi, Ronaldo, Neymar Jnr., etc. raking in hundreds of millions each month from kicking leather balls around grassy fields and it’s not hard to see why the love and support for the sport is on experiencing an upward turn.

Hard as it might be to believe, however, the biggest football stars of our generation didn’t begin their journey out of the blue. Many of them started at the youngest age imaginable, falling under the tutelage of those higher than them and grooming their own skills through friendly (or not-so-friendly) competitions and whatnot. In a way, you could say that they passed through the grassroots football process.

For clarity, grassroots football is about organizing special football matches and training clinics to nurture young talents from any given community. These young lads and lasses are taught the basics of the game of football.  Every country with the intention of becoming a football powerhouse must give adequate attention to grassroots football. Unfortunately, as it turns out, our dear fatherland might still need quite a bit of work in that regard. It is worthy of note, though, that the current unsavoury state of grassroots football hasn’t always been the status quo.


In the 1960s and ‘70s, for example, there were organized football competitions that allowed students from different secondary schools across the length and breadth of Nigeria to test their skill and brawn against each other. Any school that came out on top after series of goals, penalties, wins, and losses, would represent Nigeria at the Ghana/Nigeria Academicals Football Competition.  In that golden age, grassroots football was at its finest and most profitable with exceptional talents getting invitations to play in the junior national team, professional clubs, and even the senior national team. It was truly a sight to behold.

The same pattern followed in the 1990s when Nigeria gave special attention to grassroots football and the rewards were reaped with the quality of talents produced during this period. Most notably, there was a structure, schools were well-funded, and players were well-groomed. Considering all these, the victory at the Olympics and Nigeria’s qualification for the quarter finals at the 1994 World Cup is no coincidence or mere stroke of luck.

However, the benefits reaped from grassroots football were relatively short lived. The problem began when FIFA introduced the under-16 football competitions. At that age, most Nigerians fledglings were still in secondary school, working towards the common goal of getting their grades as high as possible in their SSCE. They were grossly unprepared for the U-16 competitions that FIFA introduced and for that reason, coaches started to cut corners.

Instead of grooming students through interschool competitions as in the ‘60s and ‘70s, they started to pick random players from the streets. Ordinarily, this shouldn’t have been a thorn in football’s leathery flesh. After all, the new scope of talents, however rough, led to Nigeria’s victories in the U-16 tournament and others that came up in the future. Nevertheless, the gross lack of structure sowed a seed of corruption in the system. What was once a detailed and respected process became the home of document falsification and bribery to get into coveted teams.


According to a FIFA-licensed agent, Shina Philips in 2019, “Nigeria, as a nation, has not be able to produce players to big European clubs and other parts of the world recently due to poor grassroots football culture unlike the past sports administrators who discovered talents from grassroots competitions like the inter-house sports, Principal Cups and other youth competitions.”

In an interview with Folarin Moses Oluwadimeji, the Captain of the University of Lagos’ football team (Unilag Marines), on his thoughts regarding grassroots football in Nigeria, he stated that “…it will be very hard for you to see a team that said they want to groom young talents because everybody’s eyes have opened to the football business now. It takes the patient person or team to say he/she wants to grow a young talent”.

However, as it would seem, we aren’t entirely hopeless. The captain of Unilag Marines, also added, “There are good football academies in Nigeria like the Pepsi Academy, Barcelona Academy, Milo Academy…” Sadly, things take a rather bleak turn again when he goes on to state, “…but they are very expensive for children with the talent to play football because they can't afford the fee.”

The neglect of grassroots football development has brought up ill-equipped players who see football as a means of escaping poverty. To curb this, Nigerian clubs should identify their own methods of play and contribution to the development of young talents. A good place to start would be studying the international community to gain an understanding of how the structures and organizations work to groom young talents in Nigeria and showcase our potentially radiant football culture.