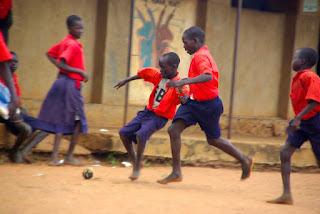 According to a post on football-knowledge.com, grassroots football is a game that seeks to develop football from the local level.

Grassroots football involves organising special matches and training clinics for amateurs and nurturing young talents from any given community.

Grassroots football is important because it provides exposure for talented players yet to come to limelight.

Every country intent on becoming a football powerhouse must give adequate attention to grassroots football.

However, despite its obvious importance, grassroots football has received poor support in Nigeria.

Local football competitions have declined, and only the benevolence of a few sponsors has prevented Nigerian grassroots football from going completely comatose.

In fact, grassroots football in Nigeria during the 1960s and 1970s was very different from its present state. 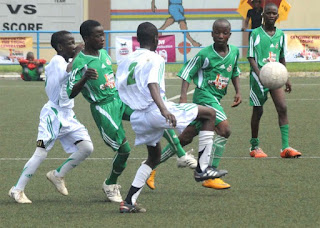 Then, students from secondary schools and universities competed in  various football tournaments across the country.

The best players at these tournaments often went on to represent Nigeria internationally at either the junior or senior level.

If a hitherto unknown player showed enough talent at local football competitions, he could even land a professional club contract.

This was the Golden Era of grassroots football in Nigeria.

Throughout the 1980s and 1990s, Nigeria continued to give special attention to grassroots football.

There was a defined structure for grassroots football activities, schools were well-funded, and players well-groomed.

Unsurprisingly, the quality of football talent produced during this period was extraordinary.

It is no mistake that this era coincided with Nigeria’s victory at the Atlanta '94 Olympics and a good outing at the 1994 World Cup where the Super Eagles reached the second round for the first time.

The many troubles of Nigeria’s grassroots football sector

The problem with grassroots football in Nigeria started with the introduction of the FIFA U-16 and U-17 competitions.

At that age, most players were still in secondary school. Unprepared for the tournament, coaches decided to cut corners by selecting players from the streets instead.

While this led to Nigeria’s victories in those competitions, it also sowed the seeds of corruption in the system.

Issues such as falsification of documents became endemic, giving the country a soiled reputation.

Some individuals in Nigeria’s football community believe the death of grassroots football is a result of the excessive commercialisation of the game.

Captain of the University of Lagos football team (UNILAG Marines), Folarin Moses Oluwadimeji, said as much in an interview with UNILAG Sun.

According to him, local clubs are looking to make money off players, not groom them to perfection.

“It will be very hard for you to see a team that says they want to groom young talents, because everybody's eyes have opened to the football business now.

“It takes a patient person or team to say he/she wants to grow young talents.”

Many football experts believe the decline of grassroots football in Nigeria is the reason the country has struggled to produce quality players.

A FIFA-licensed agent, Shina Philips, said in 2019 that “Nigeria as a nation has not been able to produce players to [play in] big European clubs and other parts of the world recently due to poor grassroots football culture.

“[This is] is unlike the past where sports administrators discovered talents from grassroots competitions like the inter-house sports, Principal Cups and other youth competitions.”

There are signs that the situation of grassroots football in Nigeria is improving, especially as the sector continues to attract corporate investment.

During his interview, Oladimeji mentions some quality academies that have sprung up in the country, suggesting that Nigeria’s grassroots football will see more improvement.

However, this doesn't mean amateur football in the country has become better overnight. Many problems still bedevil the sector.

And, as Oladimeji points out, the best football academies in the country are expensive and inaccessible for players from poor families.

“There are good football academies in Nigeria like Pepsi academy, Barcelona academy, and Milo academy. But they are very expensive for children with the talent to play football, because they can't afford the fee. ” 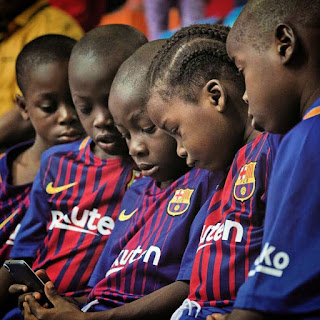 Grassroots football in Nigeria can improve if relevant bodies take the right decisions. Already, the neglect of football at the grassroots level has dashed professional dreams of amateur footballers, who see playing as a means of escaping poverty.

Government, in collaboration with private entities, should set up more academies and make them accessible to players from low-income areas.

Also, more money must be pimped into inter-school and inter-university football competitions. This will inspire more people to take part and lead to the discovery of more footballing talents.

Finally, Nigerian football clubs must identify their own method of grooming young talents. Only then will quality players appear and the national football culture improve.