The African Cup of Nations, the continent’s premier football tournament, is set to undergo changes in response to the COVID-19 pandemic, which has affected footballing activities worldwide.

Initially slated to hold this year, the AFCON tournament will now hold in 2022, according to the Confederation of African Football (CAF). Per the announcement, Cameroon will host the competition, which runs from January 9, 2022 to February 6, 2022.

CAF has also announced changes to the format of the competition, to curb the spread of the virus. The apex football body stated that fans will be allowed in only specified stadiums and strict adherence of COVID guidelines will be enforced.

The confederation also added that there will be drastic reduction in the number of supporters club from all teams, and no two opposing teams will go through the stadium tunnel at the same time. 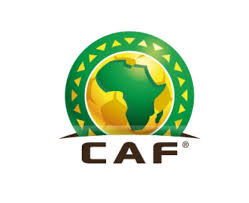 Nigeria secured her place at the continental showpiece in March after defeating Benin Republic 1-0 to finish top of their qualifying group. This will be the country’s 19th appearance in the AFCON tournament, which it has won three times.

The first edition of the African Cup of Nations held in 1957 with only three participants: Egypt, Sudan, and Ethiopia. Over time, the number of participants has increased to 16 countries in 1998 and then 24 countries in 2017.

Egypt remains the most successful nation at the AFCON, having won the diadem seven times since the competition started in 1957.