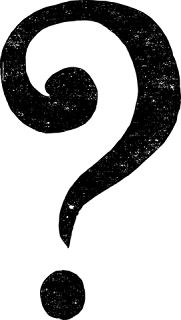 While growing up, we all had that one not so true thing that was told to us to either scare us, or to make us behave. Or that story an overzealous friend who was always eager to share an interesting 'fact' told us. Most of us have grown up taking these myths as facts. These common myths seem true because we have heard them a lot. I have listed a couple of “facts” below that are indeed fiction.

1. A Goldfish has a short memory span of just 3 seconds: Have you ever been insulted for having the memory of a goldfish? Well maybe it wasn't an insult after all, as it has been proven by scientists that a goldfish actually has a memory span of up to five months unlike the mythical reputation for having bad memories.

2. We use only 10% of our brain: The origination of this myth is baffling. Well it had been debunked by renowned Neuroscientist, Barry Gordon. He once said "humans use virtually every part of the brain" and most of the brain is "active almost all the time."

4. The tongue has different regions to detect specific tastes: When we were in younger, we were taught about the tongue senses – sweet, sour, salty, and bitter – equally. Research reveals that the tongue, distributes randomly, which completely negates the logic of this myth.

5. Bats are blind: Bats are actually not blind, but they have excellent sonar senses to obtain 20/20 vision. Bats have eyes and can use them just fine. It becomes harder to see while flying at high velocities. To correct this issue, they use their sonar senses with their eyes. By using both their night-vision and supreme echolocation ability, bats can accurately survey their surroundings and hunt effectively.