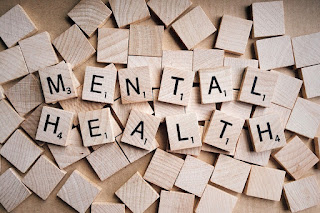 According to a study by the World Health Organization (WHO), which involved 14,000 freshmen from eight different countries, as many as 35% of students are struggling with mental illnesses. For context, this means that a whopping 4,900 out of 14,000 students and one in every five students across the world struggles with one mental health challenge or another.

Mental illnesses in students are caused by stress, a change in their environment, bad grades, untreated mental conditions before admission, sexual assault, bullying, racism, self-doubt, being overwhelmed by the system, pressure, and/or uncertainty, among many other possible causes and influencing factors.

Mental health challenges affect students in a number of ways. They have been known to lead to poor sleeping and feeding habits and an inability to concentrate – a side effect which often leads to poor(er) grades in the long run, worsening the mental health challenges in students who had them because of bad grades in the first place. It truly is a vicious cycle. So much so that some students resort to using and abusing drugs like cocaine, marijuana, adderall, methamphetamine, etc. to deal with the challenges that come alongside mental illnesses. Beyond the illegal and inappropriate use of drugs, many others indulge in unhealthy coping mechanisms like unprotected sex with multiple partners, heavy drinking, and excessive partying, to mention a few.

A survey by the Association for University and College Counseling Center Directors shows that anxiety is the top source of concern among college students (41.6%) followed by depression (36.4%) and relationship problems (35.8%). Among a host of other causes, anxiety often comes along as a result of self-doubt before examinations. It then degenerates to depression when/if the student fails the exams as a result of their anxiety-occasioned inability to coordinate thoughts and answer questions appropriately during the exams.

Awful as bad grades may seem, they aren’t the epitome of the effects of mental health illnesses in students. Suicide is another consequence of mental illness among students. One recent study shows that 50% of students have suicidal thoughts and 9% have actually attempted suicide. According to the WHO 2016 ranking, Nigeria ranks 15th in suicide cases globally.

While the problem and resultant effects of mental health illnesses have eaten deep into tertiary institutions across the country, it is noteworthy that they’re not entirely incurable. It is advised that students with one form of mental disorder or another should seek professional help. This can be gotten through a simple visit the school counselor or an external therapist should the need arise. Antidepressants, too, have proven effective. However, they should only be used strictly on prescription after a visit to a professional. 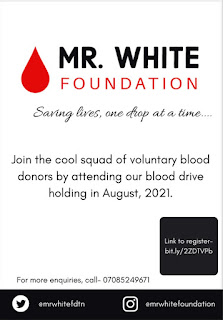 Beyond that, simple lifestyle changes could also prove efficient in the fight against mental health challenges. This means getting more exercise, eating healthy, sleeping between 6-8 hours each day, especially at night, avoiding alcohol and drugs, etc.

The school can also contribute by educating staff, parents, and students about mental illnesses, and making sure students have access to counseling. Finally, all forms of stigmatization should be eradicated and replaced with a safe school environment and a wellness campaign of some sort that’ll foster excellent mental health and healing for those who currently have to deal with the opposite end of that spectrum.