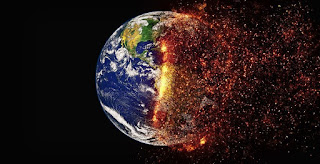 Global warming is a phenomenon best described as a rise in global temperatures observed during and since the pre-industrial period. It is caused by human activities that increase heat thereby capturing greenhouse gases in Earth's atmosphere.

The greenhouse effect is the process by which radiation from a planet's atmosphere warms the planet's surface to a temperature above what it would normally be without the atmosphere. Relatively active gases, which are the greenhouse gases in a planet's atmosphere radiate energy in all directions. Part of this radiation is directed towards the surface, thereby warming it. But when these greenhouse gases are trapped in excess amounts, it leads to quite serious consequences. The natural greenhouse effect is very important to life on Earth. Without this effect, radiation from the sun is reflected into the atmosphere, this leads to freezing of the surface subsequently making life impossible.

However, human activities including the burning of fossil fuels and cutting of trees among others have increased the greenhouse effect, thereby causing global warming. These activities have increased Carbon Dioxide in the atmosphere from about 313 parts per million (ppm) recorded in 1960, to over 400 parts per million (ppm) as recorded on May 9, 2013.

The planet, Venus, which was said to have had an atmosphere like that of Earth about a million years ago, also experienced a runaway greenhouse effect. (The phenomenon, known as 'runaway greenhouse effect’, occurs when a planet absorbs more energy from the sun than it can radiate back to space) This results in an atmosphere that is 96% carbon dioxide, and a surface atmospheric pressure roughly about the same as found 300ft underwater on Earth. This means Venus might have had water oceans, but they would have boiled off as the mean surface temperature rose to the current 735k (460°C, 863°C). 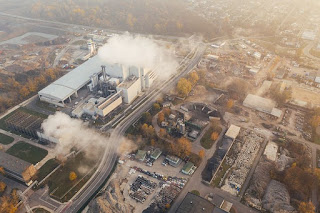 Human activities dating back to the pre-industrial period were said to have increased Earth's global average by 0.2 degrees Celsius, a number that is currently increasing by 0.2 degrees Celsius per decade. The current warming trend is very likely the result of human activities since the 1950s, and it's proceeding at an outstanding rate. 2005 was once named the warmest year on record, and the warming trend is expected to continue through the 21st century and beyond.

Global warming is caused primarily by human activities such as fossil fuel burning, deforestation, transportation, etc. Most of these activities lead to the release of excess carbon dioxide into the atmosphere. The gas collects in the atmosphere and absorbs sunlight that has bounced off the Earth's surface. This radiation is supposed to escape into space, but the pollutants, which can last for years to centuries in the atmosphere, trap the heat and cause the planet to get hotter.

Most vehicles are powered by Fossil fuels such as; gasoline, petroleum, diesel, etc. The fuels are burned to power the engines, thereby causing carbon and other pollutants to be released into the atmosphere. Transportation was a huge contributor to US greenhouse gas emissions in 2016. Now with all the cars on the road every day, imagine how much carbon and other pollutants are released into the atmosphere. When buying cars, individuals should endeavor to get ones with low emissions and high gas mileage.

Taking public transport is also an effective way to reduce emissions. It may not be a particularly good experience in Nigeria and perhaps, if the Nigeria public transportation system was an orderly one, we would have fewer emissions and of course, less traffic. Industrialization has also contributed highly to global warming. From farm-based to industry-based, it is regarded as probably be the earliest cause of global warming. 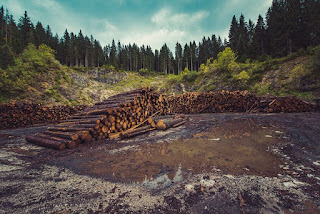 Another important factor is deforestation. Forests are cleared now and then to either make way for residential and public or commercial areas, for farming, furniture making, or paper production. Forests store enormous amounts of carbon, removing it from the air and preventing it from being absorbed into the atmosphere. The reduction of trees equals more carbon in the atmosphere thus leading to global warming. As individuals, we can contribute our quota by planting trees within our surroundings. The government must also endeavor to formulate policies that would prevent unlawful and reckless cutting of trees.

Our technology and gadget advancements are also a major cause of global warming, alongside new products and manufacturing systems. The products we make use of contributes to more than 60% of greenhouse emissions. And in addition to the energy used in manufacturing all the things we buy, maintenance and use require even more energy.

Global warming is expected to have devastating and long-lasting effects on planet Earth as seen in the case of Venus. There are heat waves, heavy downpours, and increased temperatures due to the disruption of climate patterns. The occurrence of intense extreme weather events such as bushfires, droughts, floods, etc., has become more frequent. The extinction of animals and plants is also another possible effect if unchecked. Warmer temperatures and the melting of polar ice are causing global sea levels to rise. This presents a threat to important coastal ecosystems and millions of people around the world who live in coastal regions. Allergies, asthma, and the outbreak of infectious diseases are also on the rise. 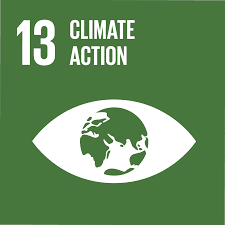 SDG 13, one of the Sustainable Development Goals established by the United Nations in 2015, which is about climate action is one of the resolutions being put in place to control and possibly eradicate global warming and other climate-related issues by 2030. The goal requires mobilizing US$100 billion annually as of 2020 to address the needs of developing countries to adapt to climate change and invest in low-carbon development such as electric cars.

Human activities are the major causes of global warming and as such, we’re the ones who can tackle it or at least reduce the emission of carbon and other pollutants into the atmosphere. We can do this by recycling and buying recycled items to conserve energy, reusing items likes grocery bags and shunning the use of plastic, switching off lights and unplugging devices when not in use, using public transport when we can, shopping and eating at establishments within our proximity because walking to those places would prevent burning of fossil fuels which occurs during driving.

These activities may appear insignificant on the surface but if adopted on a larger scale, they would go a long way to control global warming. We must all do our bit to stop the ravaging menace that is global warming.