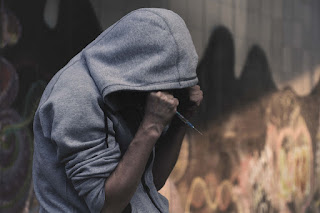 Lanre keeps his “powder” in a small sachet. It’s hidden in a specific spot, wedged in between the matress’ corner and his bed frame, so it’s always within easy reach but invisible to those who aren’t in the know. All of his other “tools” are there, as well, waiting for the next time he’ll light up.

Across the world, millions of people consume illicit drugs everyday. There are many ways to get intoxicated; the fastest method is a direct injection to the vein, the most potent, through the digestive tract and the most common is through the lungs.

What all of these methods and drugs have in common is that they’re a way to make people feel “abnormal.” They evoke a different state of mind, bring out different behaviors far from what would be considered the norm for that individual.

According to surveys done by the United Nations Office on Drugs and Crime [1], drugs are most consumed by youths, with usage levels peaking between the ages of 18 to 25. This is the age where most people are most focused on education and so, the prevalence of drug use by university students is extremely common.

For a country like Nigeria where youths represent nearly two-thirds of the population, this statistic is frightening. To ensure that we had our facts straight, we ran our own anonymous survey. From the results, we discovered that over half of our respondents have abused used or are currently abusing drugs.

The drugs mentioned were substances like marijuana (the most commonly used one), cocaine, alcohol, ecstasy, tobacco, etc. In the university environment, knowledge about the possible side effects of drug abuse is commonplace. So, we dug deeper to find out why students, despite knowing the risk, still consume these substances.

1.      As a relaxant – Some students believe that certain drugs have a relaxing effect that takes away the stress of daily life.

2.      As a confidence booster – In our survey, 8% of youths used drugs as a way to boost confidence and become bolder.

3.      Peer pressure – Some youth caved under the pressure from fellow students and friends. Our survey detailed that over 50% of the respondents were first offered drugs by their friends or acquaintances.

4.      As a memory stimulant – Some students say that when they consume drugs, their focus is higher and their memory, sharper.

5.      Curiosity – The last cause is curiosity. The eagerness to try new things start some youth down the road of addiction.

A lot of people don’t understand the reasoning behind addiction. For some drug abusers, stopping is as easy as going cold-turkey. For most, it’s a long and arduous journey that lasts the rest of their lives.

While drugs are the catalyst for drug addiction, it’s the human need for instant gratification that starts the downward spiral. Most substances categorized as “addictive” stimulate the production of the chemical “dopamine” which is responsible for creating happy, euphoric feelings in humans. 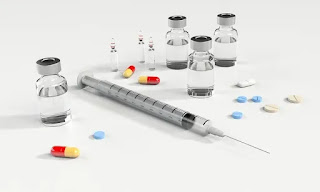 The human brain when functioning properly, has a reward system responsible for sending chemicals like dopamine when you do something good for your body, like eating, exercising and even getting a massage. These emotion chemicals are processed by neurotransmitters which are the little “feelers” that send the emotion all through your body.

When you ingest any addictive substance, they change the way your brain processes chemicals and stimuli. The experience is usually pleasurable and relaxing, so much so, that some people quickly grow dependent and have to ingest it within certain periods or suffer withdrawal effects. And that is when a person is addicted.

Over time, your brain gets used to these substances and is less susceptible to it. This means that users have to take higher quantities or doses to get the feeling they want. This is how the cycle goes until the body can’t handle such higher dosages anymore.

However, not everyone that tries drugs falls into the pit of addiction.

Why Some People Get Addicted and Others Don’t

According to the American National Institute on Drug Abuse [3], there are still no clear answers as to why some people are more resistant to drug addiction than others. There are a whole host of factors that can effect person’s risk for addiction. The most likely factors include a person’s:

Most people have a general idea of the consequences of drug abuse but here are some of the more common short-term effects.

·         Drastic changes in appearance like sudden and extreme weight loss.

These short-term consequences can also be used as symptoms of drug abuse. These behaviors are normally seen when a person has just started using drugs.

Effects that slowly appear after a long period of drug abuse are:

Although, there is currently no cure for drug abuse, it can be treated. But prevention is always better than cure, so all youths should strive to avoid these drugs.

For people who are already addicted, the University community, government and society in general should extend a hands towards these youths by offering readily available treatment.

Today, rehabilitation centers for drug abusers within Nigeria are few and far between. Public and private stakeholders should provide more centers for rehabilitation at A subsidized cost. These youths can still be molded into contributing citizens if only able members of society and government are willing to reach out to them.