That Nigeria is a hotbed of corruption is widely known, with former UK Prime Mininster David Cameron once describing the country as "fantastically corrupt". The prevalence of corruption in Nigeria has led to massive underdevelopment, poor public facilities, and other problems, since monies earmarked for fixing these issues are diverted to private pockets. 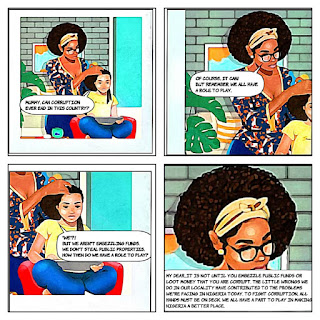 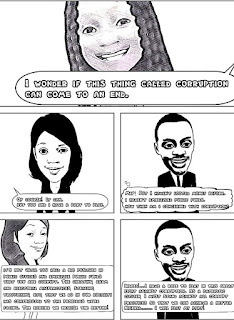 The long-running farmer-herdsmen conflict has taken deadly turn in recent months, with reports of Fulani herdsmen taking over farmlands in certain areas to feed their cows. This comic depicts the takeover of a fictional farmland in Ondo Southwestern Nigeria to expose the harsh realities of the conflict. 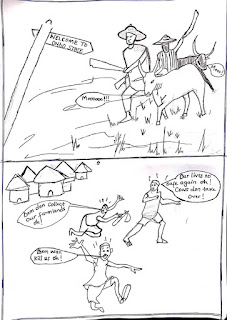 Late 2020, the Ministry of Information announced that all Nigerians were to physically register with the Nigerian Identity Management Commission in order to get a National Identification Number (NIN). As expected, Nigerians kicked against the directive, given the continued spread of the coronavirus.

Unsurprisingly, the Federal Government turned deaf ears to entreaties to postpone the exercise. Instead, as depicted in this comic by Labake, it asked citizens to risk their lives amidst a global pandemic. 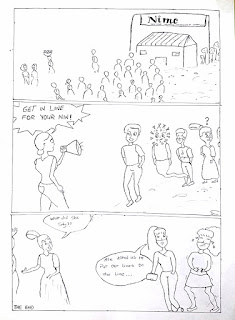