Delayed hosting of NUGA a blessing in disguise — Awoyinfa 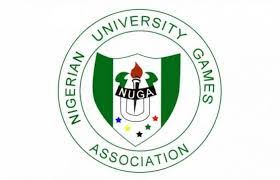 Speaking to UNILAG Sun, Awoyinfa said the delays have created time for the University of Lagos to re-adjust and redesign its sporting facilities in preparation for the tournament.

According to him, the University of Lagos is preparing for the NUGA tournament by putting in place “one of the best sporting facilities” to ensure the event runs smoothly.

He revealed that UNILAG has constructed a 130-seater swimming pool pavilion and is set to make use of a Swiss timer during the competition — the first of its kind in Africa.

He also disclosed that the football pitch and basketball court are undergoing renovation, while there are plans to upgrade the cricket pitch to international standards.

Asides from putting in place the aforementioned facilities, the university is set to embrace the new normal and make necessary changes needed for the NUGA to hold safely in light of COVID-19 concerns.


The Human Kinetics and Health Education lecturer stated in his interview that COVID-19 prevention protocols would be strictly adhered to during the competition.

He said: “When they [fans] come to enjoy football or enjoy sporting activities; social distancing, nose masking and washing of hands would be put in place.”

Other preventive measures include the introduction of the turnstile system that admits one person at a time and will help control crowds, according to Awoyinfa.

"[With the turnstile], once we have the capacity of the pavilion filled, we can shut out any other person that has nothing to do with the games," he explained.

The NUGA scribe suggested the possibility of holding the games across different venues to reduce crowds and follow COVID-19 protocols — listing YABATECH, Teslim Balogun Stadium and the National Stadium as potential venues.

The don revealed that, while the exact date for the National University Games is yet unknown, the NUGA National Committee will announce a new date for the tourney.

He, however, added that “this has not stopped the preparation of the university, as it is most likely to hold November 2021 if approved by the national body of NUGA.”

Speaking on the preparation of the university athletes, Awoyinfa said the new online learning system had hindered training sessions.

But he assured that coaches are training their athletes even with the recent developments, adding that, “when school eventually resumes, athletes would be around for the competition itself.” 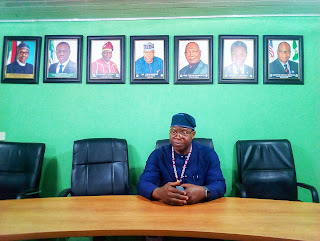 Slated to hold in 2019, NUGA ‘26 was postponed due to the prolonged strike by the Academic Staff Union of Universities (ASUU) coupled with certain political reasons.

The tournament faced another postponement in 2020 due to the spread of the COVID-19 virus, which made mass gatherings impossible.

Despite the serial postponements, the 26th edition of the Nigerian University Games will hold in 2021 with the University of Lagos as host, marking the second time UNILAG is hosting the prestigious NUGA tourney, after hosting it in 1998.