Why are you still awake?

-Sleep and Sleep Patterns among Students of the University of Lagos

In 1948, 17-year-old student, Randy Gardner, went 11 days and 25 minutes without sleep to set the Guinness Book World record for the longest time spent awake. His record remains officially unbeaten but claims of others beating his record have surfaced but none of these claims are documented as the World Record. Gardner’s title, while officially the world record, is no longer a part of the Guinness Book of Record. This is to discourage attempts to break the record because of the adverse effects associated with sleep deprivation.

Majority of the inhabitants of the University of Lagos are teenagers and young adults who attend classes between the hours of 8am-6pm. Despite the fact that they have a 14 hours break before the next academic day, it has been observed that these students perform a varied version of Gardner’s task.

They continually tried to remain awake when they should be asleep. Hence, they make sleep deprivation a habit. 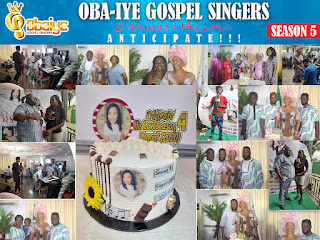 Signs of sleep deprivation are apparent when they trudge into class, half asleep and unable to concentrate on the lecturer’s. Their heads fall to their desks, midway into the lecture. They have a dull and often cranky countenance, yawning when they can and they easily forget things they should ordinarily know. They desire to return to bed and are slower at activities than one would expect. These are merely short term effects of sleep deprivation.

What is Sleep Deprivation?

Sleep deprivation is a condition where one does not get the prescribed amount of sleep. There are times when this condition is inevitable. An example of such is when a student is under a lot of stress to complete a task overnight. This should not become aan habit because of the malevolent effect associated with it.

There are times when students might be sleep deprived but sleep deprivation should not become a habit because of its short term and long term malevolent effects. Chronic sleep deprivation can lead to long term effects such as Hypertension, heart attack, weight gain, diabetes, depression, anxiety, memory loss, Immune System Deficiency, Psychological and neurological problems.

Medical News Today, a health focused website, states that children and young adults are more vulnerable to sleep deprivation. WebMD, another health website states that 7-10 hours of sleep is the average amount of hours that a teenager needs to spend asleep.

These numbers are mere fallacies among students of UNILAG because they contend with their academic work, obligatory duties and distractions on a daily basis. These factors have contributed to distorted sleep patterns that encourage sleep deprivation.

Sleep Pattern describes the way a person sleeps, the number of times the person sleeps in a day and how it affects the times they are awake.

There is no one sleep pattern that appeals to all. It is important to identify and adopt the sleep pattern that is most suitable for one’s lifestyle in order to enhance productivity. Exploring these sleep cycles would better explain sleep deprivation among student.

The monophasic sleep pattern is the standard sleeping pattern for many people. It is suitable for people whose active wake period peaks between 9am and 5am. It consists of 7 to 9 hours of uninterrupted sleep. Sleep occurs begins around 9pm-12am. It is beneficial to the individual who does not nap during the day. 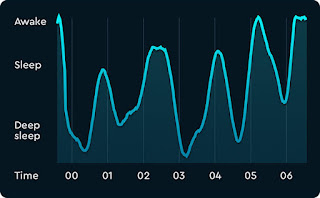 1) Biphasic Pattern: As implied by the prefix “bi,” the biphasic pattern is split into two phases. The first part of this cycle involves a 5 or 6 hours sleep at night and the second phase is a 1 or 2 hours sleep during the day. This is common among people who are active, but can also afford to rest, during the day. This pattern worsens an insomniacs ability to sleep.

2) Everyman Pattern: This begins with a three and a half hours of core sleep that usually occurs at night. This is followed by a 20 minutes nap that occurs thrice during the day. It is an excellent pattern for people who are active for a longer part of a day. This pattern could lead to sleep deprivation as it only allows for four and a half hours of sleep per day.

3) The Dymaxion Pattern: This is common among people with the DEC2 gene embedded in their genetic strands. They are referred to as short sleepers because they sleep for very short periods. It suits them because it involves a 30 minutes sleep that occurs 4 times in a day. There is a six hour interval between each sleep period. They spend only 2 hours asleep and spend a longer time awake. It is difficult for people without the DEC2 pattern to adopt this pattern.

4) Uberman Patten: The Uberman pattern involves 20 minutes naps that occur 6-8 times during the day. It follows a rigid schedule and it is suited for those who work no longer than three and a half hours per day.

CAUSES OF SLEEP DEPRIVATION AMONGST STUDENTS

Most student primarily attribute their sleep deprivation to spending long hours staring at screens or using social media apps before sleeping. Halim Giwa, a 200 level student of the Department of Computer science mentioned that he once spent over eight hours of a day on social media before going to sleep by 5am.

He is just one of the thousands of students, who spend no less than 2 hours, each day, staring at a screen while they perform different tasks on their phones like, reading, watching movies, shopping and catching up with friends. While these activities are not inherently bad, they can cause sleep deprivation because they take up the time meant for a student to rest.


Examinations and tests also contribute to sleep deprivation. Students stay up all night because they are trying to assimilate as much as physically possible. They go to sleep much later than usual and end up unable to sleep at night because of the long naps they take in the afternoon. This leads to a distorted sleeping pattern.

Some students combat this method by using alternative studying methods. One of such students is Chidera, a 300 level student of Mass Communication. She said, “I don’t find the stress that exam period brings out of the ordinary. I try to read from the beginning of the semester, so I don’t have too much to cover by the time the exam comes.”

A student’s social life can also be a cause of sleep deprivation. Students at the University of Lagos have a reputation for throwing the best student parties. While these rumours may not be true, there are some factors that suggest otherwise. UNILAG is situated in Lagos State which is home to some of Nigeria’s best night clubs and hangout spots. While these venues could serve as relaxation centers, they often end up as a source of distraction for those students who want to live “the good life,” They end up losing valuable hours for sleep and gain distorted sleeping patterns.

Unlike the Corona Virus, a distorted sleep pattern is not a particularly difficult thing to treat. A student needs some behavioral adjustments and some determination to correct an irregular sleep pattern.

According to WebMD, the top five ways to correct distorted sleep pattern is:

Our phones, televisions and other similar screens emit a blue light that suppresses the sleep hormones. This distorts our internal clock.

If you don’t sleep properly at night and you take a nap to make up for the hours you didn’t sleep, you would find that you would be unable to get proper sleep at night. Doctors advise that you take a one hour nap instead as this provides rest without the risk of affecting your internal clock.

Get out of bed if you can’t sleep

It might seem like a counterproductive approach, but our brains associate activities with places. If you keep turning and tossing, you are teaching your brain that the bed is a place to turn and toss rather than sleep.

Wake up on schedule

Ensure that regardless of the time that you fall asleep, you get up at the same time each time. That way, your body adjusts to sleeping earlier, so you don’t become tired during the day.

This could be anything from blocking out noise to avoiding caffeine. It is also advisable to sleep with the lights turned off because melatonin, a hormone that helps your body’s sleep wake cycle, is only produced in darkness.