UNILAG brought out the potential in me -Foreign Masters' Student

The University of Lagos is home to students from many states in Nigeria. It is a common occurrence to find some folks from outside the country come to receive quality education from the prestigious school of first choice and nation’s pride.

However, life is not as easy for the latter as they have to relocate from their home, countries to Nigeria, and adapt to a new culture alongside their academics and social lives. When such persons graduate especially with worthy results such as Clinton Kabi, Cameroonian Masters student graduating with a worthy CGPA, they deserve a worthy mention.

Accommodation was just one of the many challenges that Clinton Kabi had to face in his journey to acquiring a postgraduate degree in the University of Lagos.

Clinton Kabi, who after completing his Bachelors of Science programme in Biomedical Engineering in his home country, Cameroon, was motivated by his uncle to further his education in Nigeria. He described the change of environment and country as a challenging one in which he later learnt to cope with.

“One of my uncles studied at the University of Ibadan and told me about the university of Lagos but my course biomedical engineering, there are furthering here with ease and every facility I will need.”

“University of Lagos has always been in my ears because a whole lot of Cameroonians come to study in Nigeria. I had a very big picture of what I expected. But it didn’t go as expected in the beginning because of a whole lot of discrepancies.”

He explains that the waters started getting stormy when he applied as a local student instead of an international one with the mind-set that Cameroon shares borders with Nigeria and therefore shouldn’t be counted as one. All was going well and Kabi began attending classes. 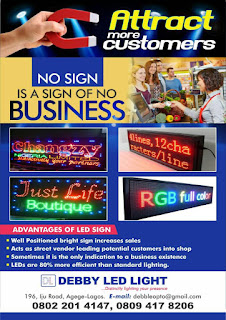 Midway into the semester, things started getting muddy. It was discovered that the payment the young man made wasn’t for himself. He would need to pay an extra sum of 6000 dollars if he was going to do anything serious with his Unilag postgraduate admission. And so the quest to raise funds that were unplanned began. Clinton revealed he nearly gave up on furthering his education in Unilag at that period due to stress.

“I was already halfway gone with the semester and almost dropped out. After complaining to my parents, it was really hectic and I considered that I had already gone a long way after passing the entrance exam, paid for my one-year accommodation, paid for my prospectus and fully embedded in the course, getting ready for my continuous assessment.”

Reviewing all that he had gone through brought him to the conclusion that good things did not come to those who just dreamt only to abandon their dreams at the slightest threat. This motivated Clinton Kabi to appeal for a reduction in the amount to pay through the aid of his programme Coordinator. This, he said, solved the issue and prevented him from dropping out as he had considered that it could result in certain psychological effects on him in the long run. Such as fears of retrying, of going to foreign countries and so on.

“So we sought an appeal for the payment of 3000 dollars through the aid of my program coordinator Dr. Onyinye who pushed it to the former Sub-Dean who in turn pushed it to the Vice Chancellor. After battling with so many ups and downs, stabbing classes to be sure if my letters had been approved, I was later gratified to pay 3000 dollars the first semester and to pay the rest before writing my second semester exams.”

In addition to problems caused by poor registration, Clinton Kabi also had continuous clashes with the Nigeria Immigration Service every time he had to shuffle between Nigeria and Cameroon.

Kabi recounted with pain one of the clashes with the Immigrations Service. “On my way home for Christmas holiday, I was told at the airport that I didn’t have a resident permit. Something I was not aware of because we Cameroonians have the picture of a need to have a free entry for a stipulated amount of time because we share borders. Those were things I wasn’t aware of but scaled through and scaled through. I went for holiday, came back and still faced the same issue when I was travelling. I got caught by the immigration and was sent home to get the right things sorted.”

“Even while home, it was really tough because I started my academic year in January and faced the issue in 2018, refaced the same issue in 2019. So, I was already almost out of the course because it was a year course. It was really stressful because getting the appropriate letters to the embassy so I could be given the right VISA so I could apply for a residence permit,” he explained.

However, Clinton Kabi was surrounded by lecturers who understood his plight and a class governor who cared. His class governor would share notes and other necessary materials with him after classes in order to ensure that he was carried along with the class while he followed up letters addressing his continued stay in school.

Recalling how his dissertation contributed to his success, Clinton narrated that he could not defend with his actual set due to some difficulties faced in getting the appropriate equipment for detecting malaria. However, he explains that they were “graced” by the project supervisor to partner with some students from the Netherlands who were working on a similar project. This collaboration, he stated, assisted in making the project successful in addition to the facilities at the College of Medicine, Idi-Araba. 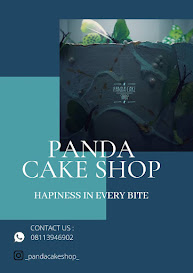 In spite of the obvious challenges, Clinton Kabi described his stay in the postgraduate school as impactful and worthwhile, expressing that the various systems in place brought out his potential.

He described the competitive yet independent spirit within the institution as an inspiration for his diligence. “For example, I have never done night classes in my life, that is, reading till the next day. Getting the result won’t come by staying at home. You have to stay there. It was stressful but I liked it because you think you will go to the reading class being alone but you will see so many students coming and going. Also, I love the spirit of independence because you get a whole lot of materials and you have to study. At the end of the day, the results will show who was reading and who was working.”

Clinton added that unlike Cameroon where there was a place for resitting failed exams, having the knowledge that there was no room for such in UNILAG eliminated all forms of procrastination and delays. He said, “I found out that there was no rewrite, “one time, strike out” I knew that I had to give my 100 percent. I never knew I had the potential, I always thought I was an average student.”

The promising scholar admits that he wasn’t expecting the kind of result he ended up with owing to the challenges and setbacks. However, he stated his resolve to further his education by returning to UNILAG for his Ph.D. even in UNILAG. “If things work out better than the initial time I came into the country with a stress-free application, why not? I will be glad to.”

Although he admits that no system is perfect, Clinton is grateful for the UNILAG environment where hard work is rewarded.  “The University of Lagos is ranked first in Nigeria and eight in Africa. So it’s a big thing for them (my friends and family) to hear, you can go back and brag and let it be more welcoming for them than for me…but it’s a good environment and you always get rewarded for your hard work and I really appreciate it.”