The tale of a course of many professions

On January 9, 2020, the National Universities Commission (NUC) announced -- beginning March 2020 -- the unbundling of mass communication as a course and the creation of seven-degree awarding departments to be domiciled under a school or college of communication in Nigerian universities. This, the commission said, was a response to meet present demands in the labour market.

In the annals of Nigeria, the first attempt to train individuals in the art and science of mass communication can be found in the infancy of Henry Townsend's 'Iwe Irohin Fun Awon Ara Egba Ati Yoruba.' Specifically, Henry trained James Ede to become the pioneer paper's pioneer editor and printer. However, it was until 1965 that ten students received baccalaureate degrees from an indigenous citadel of higher learning, Jackson College of Journalism, to certify their competence --- in journalism only, though.

Some 300 days after, following a bilateral agreement between the Federal Government, the United Nations Development Programme, UNDP and United Nations Education, Scientific and Cultural Organization (UNESCO), the University of Lagos established an Institute of Mass Communication and the journey of an octopoid course started.

Mass Communication Don and the first African to be elected member of the World Journalism Education Council, Professor Ralph Afolabi Akinfeleye formerly of the University of Lagos (UNILAG), in an interview with UNILAG SUN, described the decision of the NUC as a round peg in a round hole.

Mass communication, he said, is a wide field that has been restricted in pedagogy over the years. The fusion of multiple programmes in what is called mass communication has born several challenges that cheated its graduates of worthy competence.

"In recent times, newsrooms are way ahead of the classrooms. So, when we teach you, after four years, you graduate with a B.Sc. Hons in mass communication, they employ you and then have to train you for 6 months or even 18 months. It is unacceptable to me."

"So, this program (the new policy) is supposed to train you professionally on how things run so that when you are employed, the only thing they will give you is their house style," he said.

For Professor Idowu Sobowale, a veteran journalist and former Professor of journalism in UNILAG, the policy will bring Nigeria to par with other advanced countries in the area of media studies. It will encourage early specialisation, further competence, and bolster inventiveness.

"It seeks to do that, and now that the population is growing at an astronomical rate and some of the areas are dwindling and some are gaining ascendancy as a result of what is happening in the world over, thanks to the internet and communication technologies. It helps students to manage their lives better, to see where they are going clearly and start a course that will lead them to their destination," he said.

The policy will also charge lecturers to be masters in their specialties. In his words, "It also enhances the competence of lecturers and students because each of them will have to develop. If you are going to teach in a particular school, you have to know yourself and bring yourself to par in that course so you will be able to impart better knowledge to the students that you are teaching." 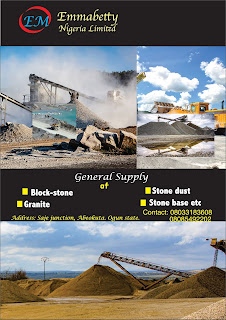 Again, Prof. Akinfeleye explained that the policy wasn't a sole call by the academics. Professional bodies, Editors, and Nigerian Media regulators saw the distant fruits of this new media seed.

In the midst of these gains, concerns mount high over the preparedness of Nigerian universities to effect this rejigging. For a fact, the implementation of NUC's directive will require improved and increased infrastructure as well as human force. To these, the commission in its magnanimity said the unbundling is only a permit allowing schools with the requisite resources to proceed on core specialisations.

That mass communication is phased out is false!

In response to the outcry and confusion that greeted the NUC's directive, the commission's spokesman, Prof. Ibrahim Yakassai, in an interview with Punch earlier in January said that universities that cannot meet the commission's set requirements will continue with the status quo.

"We have unbundled mass communication, but we did not scrap it. Any institution that wishes to retain it could and those that wish to break it into different programmes can; there is no confusion.”

“Any university that meets the criteria would just start. It is the university that would meet the requirements in terms of lecturers, laboratory; it is left for them to start when they are ready," he explained.