Student advocacy role in curbing FGM in the north

Female Genital Mutilation also known as FGM comprises all procedures that involve a partial or total removal of the external female genitalia, or other injury to the female genital organs for non-medical reasons.
The practice is mostly carried out by traditional circumcisers, who often play other central roles in communities. FGM is recognized internationally as a violation of the human rights of girls and women. It reflects deep-rooted inequality between the sexes, and constitutes an extreme form of discrimination against women. It is usually carried out on minors and is a violation of the rights of children.
The practice also violates a person's rights to health, security and physical integrity, the right to be free from torture and cruelty, inhuman or degrading treatment, and the right to life when the procedure results in death as entrenched in the UDHR document of 1948.

Globally, Nigeria has the highest rate of FGM cases which account for an estimated 115- 130 million circumcised girls and women. Amongst the regions in Nigeria, the North has the lowest rate of FGM, for it is practiced on a lower scale. FGM doesn’t have any religious backing as it is usually done more as a traditional action. 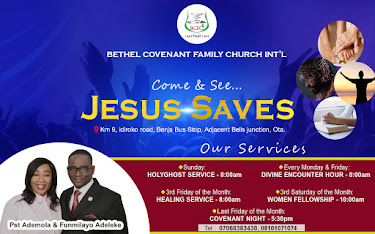 Those who practice this traditional act believe that doing this would prevent young girls and women from being promiscuous thereby maintaining sexual virginity till marriage.
In many circles, it is dishonour to the family of a lady that is promiscuous or does not ‘keep’ her virginity till marriage. It creates a deeper and wider gender inequality and can be seen as an attempt to control the image of sexual purity and women in general.
Female genitalia mutilation (FGM) has a wide range of negative effects on those who experience it, both mental and physical. Victims of FGM are at risk of infections which may spread after the use of contaminated instruments and severe pain due to the cutting of the nerve ends and sensitive genital tissue. The healing period is also painful.

Victims are further prone to excessive bleeding (haemorrhage) even for years after the act has been carried out. The resultant effects can range from shock, swelling of genital tissues, a possible exposure to the Human immunodeficiency virus (HIV), Urination problems, impaired wound healing, mental health problems and even death.
Given the negative effects of Female Genital Mutilation, it is imperative that the trend be reduced, prevented and eradicated by conscious and continuous effort by all parties in society. Students can play a vital role in advocacy in the following ways;

This can be achieved by going into FGM prone communities and educating them about the negative implications of FGM. More discussions need to begin around this menace in order to bring enlightenment to many of the female folk as they are usually the main advocates of the act.

The media can be used by students to create awareness through the use of entertainment such as short plays, music and drama. The advent of the new media has also provided a platform for individuals to air out opinions on FGM and has an impressive reach for desired impact.

Students can also lead protest to create awareness and sign petition involving government officials to pass laws that will make FGM a crime. In these days, public protests have been a cause for change in societies around the world and achieving the same for FGM is very possible.
●       VOLUNTEERING

Students can volunteer with health focused NGOs to provide better health care to FGM victims and their communities at large. More hands in the work would help to increase the effectiveness of the message of saying no to female genital mutilation across various communities.

FGM is traumatic and no one should ever have to experience it. Together as individuals, as a community, and a country we have a duty to protect our young girls and women from this barbaric ideology.