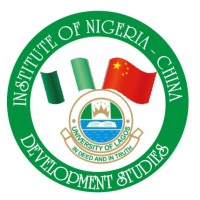 The need to change negative perceptions held by Chinese nationals about Nigeria informed the establishment of the Institute of Nigeria-China Development Studies (INCDS), says its director, Prof. Olufemi Muibi Saibu.

Saibu, stated this while speaking to UNILAG Sun, saying the INCDS was set up to provide the Chinese with credible and factual information about Nigeria. This was to correct the wrong notions the Chinese had of Nigerians, and improve relations among the two countries.

“We discovered that the Chinese, who feel that they know much about us, actually know very little about Nigeria and who we are. [It is] what they hear from the Western media and the actions of Nigerians who travel to their countries and have problems that they use to stereotype us negatively. As a result, they see us as corrupt, fraudulent and untrustworthy people.

“They use that small portion of Nigerians to generalize everyone and this affects the way they relate to us because of that perception,” he added.

The director also disclosed that the INCDS was the product of a partnership between the University of Lagos and the Chinese Universities Association (CUA). According to him, both entities had seen it as a way of improving the existing business and cultural relationship between both Nigeria and China.


With an estimated 70% of Nigerian businesses having links with China, facilitating the Nigeria-China commercial relationship was a big part of the Institute’s activities, the director explained.

He revealed that the institute was starting Chinese Language programmes and was also looking to develop capacity-building programmes for Nigerians trading with Chinese entities.

“Some of our customers and clients have been looking at us to help out. We are coming up with academic programmes and probably a Chinese business language class. We are also coming up with trade and investment certification as well.

“We realized that there are so many people engaged in trading with the Chinese but don’t know what it’s all about. [they] just go online, see anything on Alibaba, click on it and then import it. This later becomes problematic because of negotiating capacity,” he added.