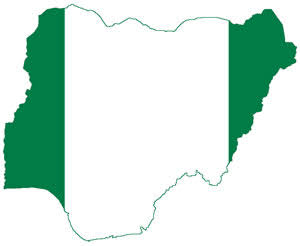 The future of any nation is only as good as the value system of its leaders and the citizens within the state. The importance of national value systems cannot be undermined as it determines the existence, continuity, identity, and distinctiveness of any nation. A good value system protects a nation from deviant behaviours and allows the existence of peace. According to Ellen Johnson Sirleaf, 24th President of Liberia, ‘As more men become more educated and women get educated, the value system has to be more enhanced and the respect for human dignity and human life is made better.’

Various governments of the world have adopted certain national values that have formed the core identity and on which their countries exist. Core Universal Values which were enshrined in the Charter of the United Nations and the Universal Declaration of Human Rights of 1948, highlight the need for peace, freedom, social progress, equal rights, and human dignity. Although drafted over a century ago, these values are what drives and sustain the activities of the United Nations and its Sustainable Development Goals.

National values are commonly held beliefs about what is right, acceptable, and beneficial, or what is inappropriate in a certain culture, society. These values are standards and ethical conducts which a citizen of a state is expected to imbibe for the common good of a nation, and they help to shape the identity of a country.

There has been a rapid decline in Nigeria’s national values over the years, as the country ranked 146 least corrupt nation of 180 countries in 2019 by Transparency International’s Corruption Index and one of the most corrupt countries in Africa; thus the need for an urgent plan to regain the lost values. The National Ethics and Integrity Policy framework details a comprehensive National Action Plan and related measures to close the gap in the country’s quest to reclaim its lost ethical and integrity values.

The Policy was approved by the Federal Executive Council on 19th August 2020, in consideration of the Memorandum EC (2020) 146 by the President of the Federal Republic of Nigeria, for the good and ethical conduct of the Nigerian citizenry. The seven core values which all Nigerians, within and in the diaspora must uphold and adhere to are; Human dignity, Voice and Participation, Patriotism, Personal responsibility, Integrity, National unity, Professionalism. 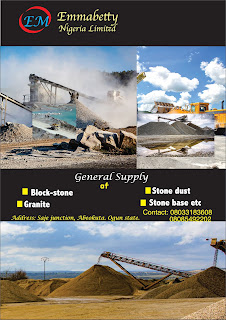 Implementation and Sustainability Plans for the National Ethics and Integrity Policy

The following are ways by which the values identified in the new National Ethics and Integrity Policy can be fully implemented and sustained at all levels;

1.     Independent Judiciary System: To rebuild the ethical and integrity values of our nation, there is a need for an independent judiciary system that is void of manipulation, corruption, undue interference, and influence from other arms of government.

2.      Integration of the Policy into existing codes, election, and appointment requirements:  Implementation of the National Ethics and Integrity Policy should be in line with existing laws and codes. There may be a need to revise certain existing policies to be in harmony with the policy such that our laws reflect our core values. Also, the Integrity Policy should be integrated into our electoral codes as a prerequisite for aspiring candidates. Only people who have proven and tested integrity should be allowed to contest positions. Core values should be the premise on which appointments and screening into office by the executive and legislative arms are done.

3.      Mass Orientation through Effective Communication Strategy and Awareness Campaign programmes: The National Orientation Agency in partnership with the National Broadcasting Corporation, Economic Financial Crimes Commission, Independent Corrupt Practices and Other Related Offences Commission (ICPC), and other relevant agencies need to draw a detailed plan and execute a  Strategic Behavioural Change Communication, (BCC), and mass awareness campaign aimed at Nigeria citizenry at all levels. The goals and the objectives of this policy should be communicated to the members of the public with a series of emotive and infomercials to trigger a behavioral change. In creating an awareness campaign, the National Orientation Agency in partnership with other relevant government agencies should engage industry creatives, celebrities, influencers on social media and across all sectors, and thought leadership brands to help facilitate the awareness through their media engagements, seminars, and conferences.

4.      Engagement with local and traditional leaders: To connect better with the people at the grassroots, there is a need to engage local leaders, influencer figures, and traditional leaders. The government should have a stakeholders engagement with leaders at the lowest level of the pyramid and communicate the policy and encourage them to be agents of change. This will in no small measure facilitate desired change amongst their people.

National Integrity Catchphrase, or Mantra: A national mantra that carries the key messages of the policy and encapsulates the Nigerian dream which would be promoted during the mass awareness campaign is a good way to sustain the core values and inscribe them in the hearts of many Nigerians. The existing ‘Good People, Great Nation’ can be creatively used to amplify the awareness campaign of the policy. 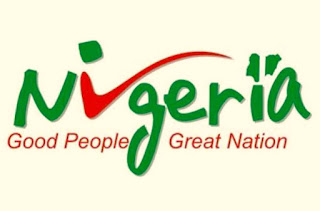 Restructuring of law enforcement agencies: From the recent ugly events that have unfolded in the last five months, especially during the #ENDSARS movement, it is obvious that Nigerians have lost faith in the policing and law enforcing system. For the National Ethics and Integrity Policy to survive, there is an urgent need to restructure the nation’s law enforcement and anti-graft agencies to reflect the core values. It is important to win the trust of the people by building a friendly, accessible, and corrupt-free police system among other law enforcement agencies.

Integration of the National Ethics and Integrity Policy into the Educational Curriculum: The country’s educational curriculum should teach students across all levels, ranging from primary to tertiary education the National Ethics and Integrity Policy. This should be integrated into subjects like Social studies, Civic Education for primary and secondary schools, and be a compulsory course for first-year students in the tertiary institutions.

Mobile and Community Courts for Defaulters: Defaulters of the provision of this policy can be charged to mobile and community courts where they are made to engage in community projects, such as cleaning the streets or rendering free services to people amongst other disciplinary actions. It is important for the government at all levels to pass laws to reflect the principles of the Policy and provide guidance on compliance, sanctions, remedies for breaches, and enforcement mechanisms to ensure compliance.

Ensuring that the National and Integrity Policy document is accessible to all Nigerians in print and electronic copies. It should also be communicated through public artifacts, and communication materials such as posters, banners, etc.

Roles of Citizens in Sustaining the National Ethical and Integrity Policy

For the core national values to be upheld, the citizens have a crucial role to play. These are the following ways by which citizens can help sustain the National Ethical and Integrity Policy: