The Dean of the Faculty of Education, Prof. Monday Ubangha-Bassey, has attributed the increase in quack teachers in the country to the decline in supply of trained educationists.

The educationist, who said this in an interview with Unilag Sun, noted that the number of graduates with degrees in education was not enough to fill all the teaching positions in the country.

“People will continue to go to school. However, with the number of teachers we are rolling out each year, there is a short fall between demand and supply. Education graduates are simply not enough to occupy all the vacancies that exist in education,” he said.

Speaking on the state of teaching in the country, Ubangha-Bassey   said efforts were in place to engender professionalism in the teaching practice. According to him, the Teachers’ Registration Council of Nigeria (TRCN) was planning a teacher certification programme that would effectively reduce the rate at which untrained individuals take up teaching positions.

He also added that the Faculty of Education was repositioning itself in order to help students adapt to the challenges of the 21st century. He noted that part of such efforts is the inclusion of entrepreneurship courses in the curriculum. 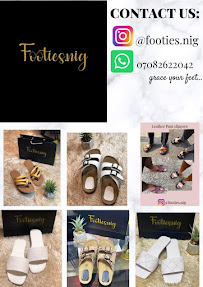 “We have bridged the various courses to include some entrepreneurship skills so that when our students graduate, they should be able to find something to do for themselves,” he said.

When asked on his experience as a dean, the former Sandwich Coordinator described his tenure as a learning process. Admitting he faced challenges, he pointed to a dearth in infrastructure as the biggest problem confronting the faculty.

“Our major problem here is infrastructural decay. The facilities are over stretched, and there is congestion. Even among animals, when they are congested, behaviours that are not really good begin to show up. It is the same thing with humans.

“Most of these facilities were constructed by the colonial government and were initially meant for 30 students. These were the class sizes then and we had 20-30 students in the then Advanced Teacher’s College. Those classes seat about a hundred students today. So there is an extent to which we cannot stretch the facilities beyond,” he explained.

However, the dean stated that his administration, in cooperation with the university management, was making efforts to expand certain facilities in the faculty.

“The Vice-Chancellor has promised us a building. The drawings are ready for where the prefabricated building will be. We are hoping that later in the year, that will give way to a four-storey building that will accommodate some modern facilities. This will increase our capacity,” he said.

The don further revealed that there were plans to increase the courses offered by the faculty. These new courses, he said, were created to address some new fields of study that have sprung up due to modern advances in education. Some of these new courses are Computer Science Education, Educational Technology, and Special Education.