What Happens when children don't get enough sleep? - Paul Agada 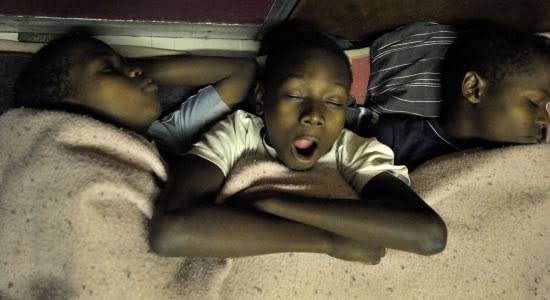 Oyinkansola had just alighted off her parents' vehicle, she was asleep all through the trip from her school in Anthony to her parents’ place of residence in Yaba, she looked tired and fatigued.

Although she has stack of assignments from school to attend to, she opted to watch her favourite kid shows on Nickelodeon, a trend which has resulted in her staying awake past bedtime deemed appropriate for her age, as she sleeps quite late in the night.

Oyinkansola, 8, is an only child of a middleclass family residing in Lagos, her daily routine includes waking up early every morning to do some house chores, and getting prepared for school.

Both of her parents fit what could be described as the typical “Lagosian” who leaves home early enough to avoid being stuck in traffic. As a result, Oyinkan usually leaves home for school by 6:30am daily, barely getting up 5 hours of sleep daily.

However, she isn't alone in this lifestyle, she's just one of a growing statistic of children who are deprived of recommended sleeping hours for their age due to many factors such as schooling, busy schedule of parents, television viewing and in extreme cases child labour, amongst other factors.

According to the American Academy of Sleep Medicine, kids ages three to five should be getting 10 to 13 hours of sleep daily, and six- to 12-year-olds should sleep between nine and 12 hours every night. But in a 2014 poll conducted by the National Sleep Foundation in the United States, nearly a third of six- to 11-year-olds were estimated to get eight or fewer hours a night.

Reports from further studies conducted In Canada in 2016 by Participaction found that 31 percent of school-aged kids are sleep-deprived and are getting 30 minutes to an hour less sleep each night than kids were a decade ago. The report also showed that one-third of school-aged kids have trouble falling or staying asleep at least some of the time.

Although Nigeria lacks statistics on this, one could still infer that it would be very similar to those above.

Arriving In school, Oyinkan could hardly pay attention to her teacher in class, her body system seeks rest, she soon found herself dosing in class.

Commenting on the effect of lack of enough sleep on children, Mr Samuel Odubiyi, Deputy Headmaster, University of Lagos Staff School, said pupils who do not get enough sleep lag their mates in academic activities.

“So, when a child does not sleep till 10pm, definitely he gets to school and be dozing. There is no way somebody who is dozing in the class can understand what they are teaching, learning will be difficult for that kind of pupil.

“It goes a long way to the examinations. Such a pupil won’t recall what he learnt because once you don’t learn properly, you can’t recall anything. The child who learns recalls learning."

Some parents however believe that school assignments contribute to sleep deprivation in children, one of them is Solomon Adeoye a father of three pupils at the University of Lagos Staff School.

His words, “If the assignment given to a child is too much and the child cannot finish it within an accepted time, the fear of not being able to finish the assignment will hunt him even while sleeping. 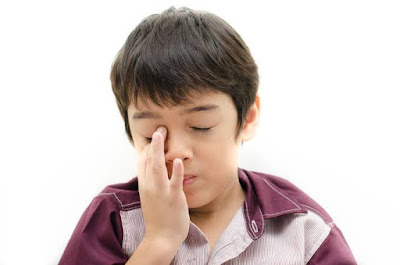 “Even when he wakes up early in the morning he is not relaxed, because while he was sleeping, he was not relaxed. He will be in fear that his assignment is still there, and this contributes a lot to instability.”

It is not uncommon to find pupils in Nigeria burdened with excessive academic activities, some of which have robbed children of playtime, sound sleep and placed them under stress.

Echoing this worry, Mr Michael Olaniyan, teacher at University of Lagos staff school said “Lessons are a great burden to children sometimes. I don't see lessons improving the system. We become too mindful of the position of children in class and forget about what they imbibe in them.

“Teachers want to make money; the lessons are not in the interest of the children. I don't see lessons as a stimulus to acquisition of knowledge.”

He added that “the negative effects of this lifestyle of jumping from lessons to lessons is too significant. It is too demanding on them; it does not allow them to be themselves. We are tailoring them like robots, we don't allow for real sinking.”

Offering a different view, Mrs Akinade Eunice observed that some schools resorted to giving excessive assignments to their pupils because of the busy schedules of some parents that tend to let have little time for their children.

"Then If the child is through with the lesson probably at 3:30pm, the parent is looking at between that 3:30pm that the school closes with the extra lesson and when he or she will be at home probably at 8pm or 9pm."

Speaking on the psychological effects sleep deprivation has on children, Mrs Rafia Shobowale, a Child Psychology consultant and Educationist noted that the quality of sleep children have, has an impact on how they behave.

She said, “Good sleep is vital for a child's wellbeing because sleep problem may affect children behavior. After a sleepless night, children are more irritable, short tempered and vulnerable to stress. Once they sleep well, their mood often returns to normal.

“Studies have shown that even partial sleep deprivation has significant effect on mood. Sleep deprivation leaves children brain exhausted. So, it cannot perform its duties well. They may also find it difficult to concentrate or learn new things.

According to her, "Every living creature needs sleep. It is the primary activity of the brain during early development. During the deep state of sleep, blood supply to the muscle is increased, energy is restored, tissues growth and repair occur, and important hormones needed for mental wellbeing are released for growth and development.

"Sleep plays a very important role in mental development. parents should know that poor sleep has lot of effect in mental being of a child, it can contribute to crankiness.”

Further lending voice to the negative effects sleep deprivation has on children, Mrs Omolola Ogunsanya, a paediatric nurse at the children emergency ward, Lagos University Teaching Hospital, noted that it affects their intelligence.

In her words "...it can affect their intelligence...because when you don't rest well it tells on you later and it is generally believed that it is during sleep that your body and brain regenerates and so if you do not sleep well that means you're not giving your brain enough time to regenerate which will probably affect your intelligence later.

Providing remedy to this unhealthy trend becomes an apparent need, speaking on this, Mrs Ogunsanya said "Nursery and Primary schools should have a time for sleep like 30minutes. I know some schools do that. Just lie down or stay at your desk and sleep. It should become part and parcel of school activities. Then they should not overburden them with assignments.

She added "Parents should also limit TV time. At least from personal experience, I know that when there is light in the evening, my children do not sleep but when there is no light, 7pm they are asleep because they would have played and played. They should limit screen time, it could be TV, phones, you know we have a lot of things now that children use.

Also speaking, Mrs Akinade said, "parents should have more time for their children that is going to help them and they shouldn't think that everything has to be on the teachers and the caregivers and we should let our children be children not expect them to grow up suddenly.

Mrs Missa further advised that "children should be given workload according to their capability. Children time should be divided into time for sleep, work and play. Workload must not be too much but must be minimal.

It's 5:30 pm, Oyinkansola had just finished a personal tutorial with her class teacher, though extremely tired, she eagerly anticipates the horning of her parent's vehicle.

While she awaits her parent's arrival, a question continues to linger, will she continue to live this unhealthy trend? or will she leave this trend?