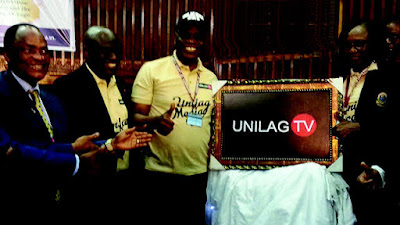 In November 2017, the University of Lagos (UNILAG) was finally granted a license to operate its a campus-based television station, UNILAG TV.  The news quickly spread across the country that the university had once again blazed the trail in campus television broadcasting with the establishment of its own campus television station. UNILAG in 2002 had pioneered campus radio broadcasting when it got is license, and in 2004, when it went on air with UNILAG Radio. The news of the establishment of UNILAG TV became much more popular with the launch of the station on January 18, 2019.

However, behind the scenes lie stories of tenacity and patience, assurance and vision.

When Professor Ralph Akinfeleye made the first move in 2009 to secure a television license for the University of Lagos, he was set to face all the journey had to throw at him.

He had walked into the office of then Vice Chancellor, Professor Tolu Odugbemi, to share the vision with him. Prof. Odugbemi, inspired by the vision, cleared the path to set the ball rolling. This was the start of an eight-year journey.

The struggle for the station also extended into the administration of Prof. Rahamon Bello who Akinfeleye described to be very instrumental, cooperative and keenly interested in seeing the vision through.

With the start of the application process for the license came a barrage of hurdles to be crossed.

"We first applied for terrestrial broadcasting, that is free to view, but we were told that it was not possible because of the switch over to digital transmission, so we had to apply again for a direct satellite broadcast which is commercial." Akinfeleye explained.

Soon, there were concerns that UNILAG would violate the National Broadcasting Commission (NBC) rules.

"There were concerns that we might violate NBC rules but I told them that since we got the license to operate our radio station and till date we haven't been cleared out, that UNILAG TV will not violate the rules.

“With that assurance, they said that we should pay 10 million naira. We told them that we didn’t have that amount and demanded for a decrease. So, they said we should bring one million naira which we gave them."

Akinfeleye revealed that getting the approval for the contents of television programmes for the station wasn't easy because of 'politics'.

"We were told we couldn't be given the license because they were not doing free to air and other excuses but I told the Vice-chancellor, Professor Oluwatoyin Ogundipe, that I don’t take ‘No’ for an answer so we kept pushing for it.

"We were told we had to transmit either through MultiChoice, GoTV or StarTime. So we applied and wrote a letter to MultiChoice asking them to give us a dedicated channel but we couldn't get the license," he said. 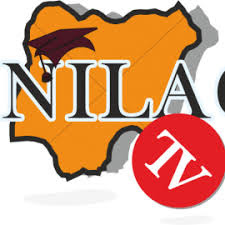 "Luckily for us we already had a 25-year strategic plan. NBC (National Broadcasting Commission) were surprised to see the plan and we were asked to write letter of undertaking and to present a letter of reference from a bank showing that UNILAG has sufficient funds to finance a TV station.

A reference letter was given to us by Wema Bank while the then Vice-chancellor, Prof. Odugbemi, wrote the letter of undertaking. Then members of the NBC came for a visitation to examine our level of readiness."

In the struggle for the license, Professor Akinfeleye employed what he described as a 'surgical by pass' in order to accelerate the process of granting the license.

According to him, that includes bringing to the notice of the President Muhammadu Buhari led Federal Government that in 1992, the then president, Ibrahim Badamosi Babangida, approved the Deregulation policy that opened the air for private ownerships of radio and TV and that brought about the likes of AIT and Channels television stations.

He also reminded them that in 2002, former president, Olusegun Obasanjo, GCFR, signed the first campus radio station in Nigeria, which is, UNILAG 103.1 FM.

Also, he told them that former president, Goodluck Jonathan, GCFR, on the eve of his departure signed 17 community radios and the freedom of information bill. According to him, the 'surgical by pass' accelerated the approval of the TV by the NBC.

"We got a call on November 9, 2017 from the Director-General of NBC that our application and license for television have been approved.”

The birth of a venture

In January 2019, UNILAG TV was launched as one of the services of the UNILAG Multimedia Ventures, a step Professor Akinfeleye explained would help to prevent a situation UNILAG Radio faced in 2017 during the Non-Academic Staff Union (NASU) strike action.

UNILAG Multimedia Ventures, Akinfeleye, further explained is set to be a game changer in the service of information dissemination to a mass audience.

The station, which seeks to create local, national and international contents from all sectors and to educate, inform and entertain Nigerians, has since commenced test transmission on January 17 on StarTime digital broadcasting platform, Channel 184.

“The journey thus far includes that we started with nothing casting, then later we metamorphosed to narrow casting and from narrow casting to digital broadcasting," Akinfeleye added.

On his part, the chairman, UNILAG Multi-Media Ventures, Professor Muyiwa Falaiye, has said that despite the ultimate purpose of money making, the commercial venture would also serve as a special belt for students' training.

"We would also ensure that students are involved in any way possible as long as they have the talents. UNILAG students have the first right but it has to be based on performance, we will give training facilities, especially to those who want to do their internship here.

“The university community also enjoys special rates from the ventures for coverage of news worthy events which is a way the ventures is giving back to the UNILAG Community.

“The ventures still plans to expand its scope and get bigger audience both home and abroad," Falaiye said.

“The venture is a perfect way of broadening the space of journalism and mass communication and to revolutionize campus broadcasting.

“This is also going to create opportunities for other institutions across Nigeria and Africa to know that campus broadcasting is possible,” he added.